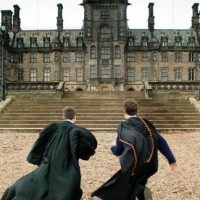 By Andrew Butler on September 26, 2013 in Uncategorised

So, at last the Charity Commission is finally able to publish its new guidance on the dreaded issue of “Public Benefit”.

So, what is Public Benefit? Well, put simply, every charity, as well as having charitable purposes, must be able to show how it benefits the public. This means that the amount of people who benefit must not be too small (this is why you cannot register a charity that benefits just one person, such as a sick child needing specialist medical treatment). It also means that those charities that have to charge for their services, must have a provision to allow the very poorest in society to be able to access those charitable services. This is usually done through allowing those on benefits have free or significantly reduced fees.

This latter point has been the subject of much contention, particularly with regard to Independent Schools. You may be surprised to learn that some of the countries most famous private schools that charge significant fees, are in fact charities. When the last Labour Government introduced the Charities Act 2006 they removed the previously held assumption that all educational charities, by their very nature, were for the public benefit. It is thought that this was a dig by the administration at those on the opposite side of the House, many of whom had been through that private educational system. So, all charities had to then demonstrate how they were for the benefit of the public.

What the Act did not do though, was to actually define what public benefit was and what it actually looked like, this unenviable task was left to the Charity Commission! So after much consultation the Commission released its initial guidance several years ago. The Independent Schools Council disputed this guidance and after a drawn out legal battle the matter ended up at the Charity Tribunal which took the view that the Commission should re-write some of the guidance and this is what they have now done, again, following much consultation.

So, let’s see how this new and revised guidance beds in and whether it all ends up back at the Tribunal once more.

If you’re interested in starting a charity and would like to find out more about how this may affect you, please get in touch with us today.

If you’re looking to set-up a charity we wholeheartedly recommend Charity Expert.

I have no hesitation in recommending Charity Expert